What am I up to?  Some day I’ll get to answer that question with a wicked chortle and a carefully choreographed hand-rubbing, but… mostly it’s the same old same old.

I did finish the quick & dirty revision of my novel about monster-hunters marauding through America (you can say Supernatural-inspired, I make no bones about it; just don’t expect me to use any of those characters, or really much of the world-building) and sent that off to my long-suffering agent.

I’m taking a week away from writing for Reasons—mostly just chaos and a full workload. Not to mention the Sinuses of DOOOM, Jesus this summer has barely started and I’d like to breathe again, please.

I read a couple books this week, DNF’d a few others. I don’t have anything awesome to recommend to you, but maybe next week! There are all sorts of (potentially) delicious book goodies coming out this month including Alexis Hall’s The Affair of the Mysterious Letter (I’m a sucker for Sherlockiana), Max Gladstone’s Empress of Forever, and Danielle Vega’s The Haunted (because who doesn’t like a good ghost story?) Plus I have my eye on a weird sounding novel called Bunny by Mona Awad.

I’ve been listening to a lot of reggaeton-inspired pop. I like it! J Balvin and Maluma and all the collaborations. Really like “Con Altura” and “Familiar”. “Familiar” sounds a lot like a Ricky Martin song and yeah, I liked his songs too, back in the day.

And weirdly delightful: the batshit crazy cover/remake of “Head like a Hole” as “On a Roll“.

I’m mostly through the fourth season of Lucifer and I’m see-sawing on whether or not I think Eve is an interesting character. I love that she left heaven for excitement and thrills, less enamored of the fact that her entire existence on earth seems to hinge on Lucifer. While I like that this drives her to make violent choices, I’m still bored by it. You can only watch someone making bad choices for so long.

I tried to watch Ralph Wrecks the Internet, but found it weirdly cringe-inducing and gave up. Ralph is a big man baby and I don’t feel sorry for him. Plus, a lot of the stuff I think that I was supposed to find funny just didn’t land with me. 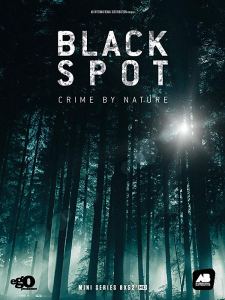 So now I’m watching Black Spot, which is hitting the same “ooooh” spot that Happy Town did. I’m hoping this one has more of an ending. As per usual, I spend a lot of my time staring at a dark screen wondering what I was supposed to see there. What shadow? Where? ARGH.  I also have deep doubts about the translations, but since I don’t speak French, what else can I do?