It’s that awkward time of the year where we’re careening between holidays and the dreaded LIBRARY CLOSURES.  It’s not like I’m not surfeited with books in my house, but the very idea of a holiday without any library books to hand is… alarming.

So I zoomed in today after work and picked up: 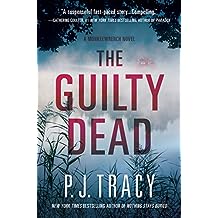 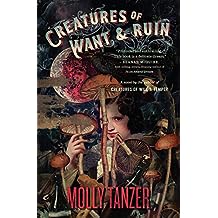 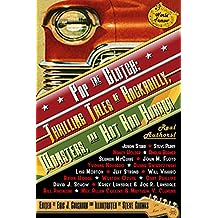 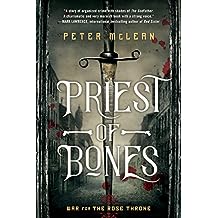 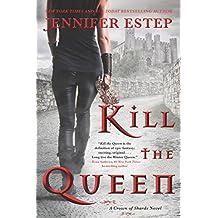 Because I never trust pictures to really be worth a thousand words, the books are:

PJ Tracy’s The Guilty Dead, which is a Monkeewrench mystery.  This is a strange series for me.  Some of them are excellent.  Some of them are tragic.  And some of them just sort of misfire.  The authors seem to cram other types of genre into their mystery so each book can be a pretty different reading experience.

Creatures of Want & Ruin by Molly Tanzer. The title made me think it was a sequel to Creatures of Will & Temper, which I quite liked.  But if so, it’s a sequel by setting, rather than protagonist.  That’s all right by me.  Hopefully, this one the dog won’t eat.  I had to buy the first book from the library after the puppy got hold of it.

Pop the Clutch: Thrilling Tales of Rockabilly, Monsters, and Hot Rod Horrors.  Totally not my kind of book, but hey it fell off the shelf that I was browsing and it’s a library–it costs me nothing to give it a try (unless the dog gets involved).  So I took it home.

Priest of Bones by Peter McLean.  Technically, I have borrowed this book before.  But, I had just cracked it open, decided I really liked the voice of the book, when it came due.  The downsides to quickly browsing the “new releases” shelves when I’m in a hurry.  It was back; I am going to read this one first this time.  Seems like it’s going to do the difficult work of treading the path between “gritty” (bleh!) and “realism” well.

Kill the Queen by Jennifer Estep.  Long ago, I bought Spider’s Bite, but never got around to reading it and misplaced it.  It’s here. Somewhere. In one of the book piles. But for now, the idea of an epic fantasy with a modern urban fantasy sensibility seemed deeply appealing.

Also picked up: Rick Springfield’s newest CD The Snake King.  (The man is STILL MAKING MUSIC!  Is it any good?  I will find out!)  And Camila Cabello’s self-titled CD.  I like the “Havana” song.  It’s catchy.