Every year, I read a lot of books, with two goals in mind. 1) To find entertaining books (naturally) , and 2) to find a new (to me or otherwise) author. 2016 gave me three new authors to follow.

Gaie Sebold, who wrote the charming Babylon Steel (one of my favorite books of the year) as well as Dangerous Gifts, Shanghai Sparrow, & Sparrow Falling.  Her writing is energetic; her characters are awesome and appealing; and her worlds feel flush with life. 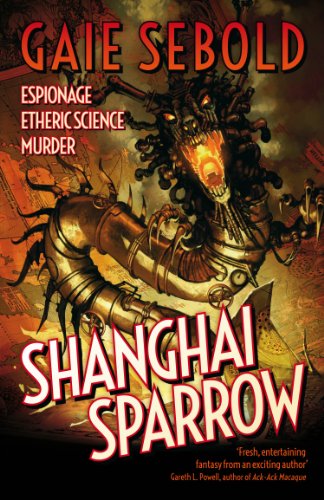 JL Bryan, whose Jenny Pox claimed my weirdest book of the year title.  But I started with JL Bryan for the Ellie Jordan, Ghost Trapper series, which started off slowly and has become one of my most “oooh, a new one, grab it!” series. 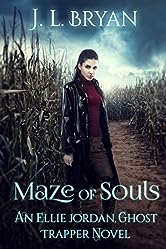 And this year, I made a concerted effort to read more short stories, aided by the sheer number of good, online spec fic magazines.  One of the first stories I read this year was Sam J Miller’s “Angel, Monster, Man” published in Nightmare Magazine  I wasn’t sold 100% on this story, but I loved so much of it, that it left a big impression.  One that only grew more favorable after I read “When Your Child Strays from God” (Clarkesworld), and “Things with Beards” (also Clarkesworld).  Sam J Miller’s gone from completely new to me, to a writer that I’m excited to see.

Anyone else have new, or new to them writers they fell in love with this year?

My favorite books read in 2016. Not in any particular order.

Reading Valente is always more experience than story. This is a silver-screen look at a past that never was—if the early Hollywood years encompassed an SF landscape of planetary travel. There’s an enormous amount of stuff going on here spread over multiple layers of story-telling and it takes some work to pick out which threads actually lead to a cohesive solution to the central mystery (though arguably not the central point of the book): what became of Severin, a Hollywood darling? How did she vanish and where did she vanish to? And will it change anything?

Valente’s writing style rewards rereading, not least because she sets up mysteries, then writes a lot of scenes that basically suggest that the answers are unimportant even as she gives you a handful of options, none of which feel super conclusive. This book, especially, flirts with made-up stories, in the thread of a movie being written about Severin that wanders through different genres and tweaks events to suit each need. In other hands, this might be a godawful mess, but here, it ends up being a book that lingers with you. And whether or not each segment of the book ends up part of a cohesive whole, they’re beautifully written vignettes on their own. I was a little dubious about this book when I first finished it, but it’s grown on me.

People talk about art being an “unflinching” look at the world around us, and holy god, this book refuses to flinch. The main character—a film analyst and writer, mother to an autistic child, daughter to a difficult mother—embarks on a brutal self-dissection of herself while hunting down a piece of film that may or may not have something horrific lurking in it. It’s part a mystery about what happened to a long-lost film-maker; it’s part dissection of the film scene in Canada; and its part homage to horror movies as a whole. The main character is rarely likable, but she is fascinating. The ending’s not quite as strong as the rest of the book—a sad irony of so many fantasy books; the better you ground it in reality, the less powerful the magic can feel—but it’s still way up on my list of books for 2016. Plus, Gemma Files’ writing on a micro level—line by line—is often glorious. Where Valente makes elaborations and fancy little flirts with words, Files’ writing tends toward deceptively sparse but it builds inexorably.